How do I get to the hostel from the airport?

Take Airport train, which departs from each terminal every 30 minutes. Get off at Jefferson Station. Take market Street towards 2nd Street (approximately 15 minutes walking distance to the hostel). Bank Street is between 3rd and 2nd Street on the right hand side. A taxi will get you from Jefferson Station to the hostel for about $6 plus tip. The last train departs the airport at 12:05 am.

Lyft and Uber will also pick you up from the airport.

How do I get to the hostel from the Greyhound bus station?

Walk along Market Street towards 2nd Street (approximately 15 minutes walking distance to the hostel). Bank Street is a very small street (like an alley) between 2nd and 3rd Street, on the right hand side.

How do I get to the hostel from the Amtrak train station?

Take the blue-line subway from the train station. Get off on 2nd Street. Bank Street is a very small street between 2nd and 3rd Street, Bank Street will be on the left hand side.

What are hostels anyway?

Originally called youth hostels, they originated in 1912 in Germany as a way of getting young urbanites out of the cities and into the countryside during the summer months. Now, over a hundred years later, hostels can be found almost everywhere. They offer shared accommodation but instead of renting a room, the guest will rent a bed in a dorm room. Many hostels also offer private rooms. Hostels usually have a common kitchen so that guests can prepare their own food and thus cut down on expenses. Hostels are also supposed to be places to socialize, where travelers can share their stories with one another, and learn about each other’s different cultural backgrounds. To facilitate this, the better hostels (such as ours) will have lounges, kitchens, dining areas or other common areas where their guests can gather around in.

Why do you have such strict check-in requirements?

Apple Hostels of Philadelphia is an international hostel that caters mostly to students and travelers from other countries. We do not rent our beds out to persons moving to Philadelphia or simply looking for a cheap place to stay. Due to our limited amount of space, we require that upon check in each of our guests provide one of the following: a valid foreign passport; or a government issued ID (such as a driver’s license) showing that you live outside a 40-mile radius of Philadelphia.

Do you allow people under the age of 18 to stay at your hostel?

What tours and activities do you offer?

Please visit both our Tours and Events pages for the most up-to-date list of activities.

Do your prices include taxes?

Our prices do not include tax. In Philadelphia, small hotels are required to charge a 15.5% hotel tax on accommodations. Large hotels (that have 50 or more rooms) must collect a 16.25% tax. Hostels must collect an 8% tax on dorm beds and 15.5% tax on private rooms.

I hate hostels that charge me for using my credit card. Do you do that too?

We think that sucks too! No, we do not charge any extra fees if you want to pay by credit card. Sure we have to pay a small fee to the credit card companies, but it’s so much less hassle for us than having to deal with bills and coins. We also accept Apple Pay and US debit cards.

Do I need a sleeping bag?

NOOOO! Sleeping bags are the best way of spreading bed bugs from a really bad hotel or hostel you stayed at into our very nice clean hostel. We don’t have bed bugs and we don’t want them so please leave your sleeping bags at home!

Do you supply towels and linen free of charge?

Yes! Bed sheets and a towel are given to you when you check in. A comforter will already be on your bed. Please return the linen and the towel when you check out, or exchange them at reception during your stay if you need a fresh set. No deposit is ever required – we trust you! (Yes, we know we’re fools). Every shower has a shampoo/body wash dispenser.

Do you give student discounts?

No, sorry we do not offer a student discount.

Do I need a membership to stay at your hostel?

You do not need a membership to stay with us. There are NO extra fees for non-members. We’re affiliated with Hostelling International as an independently-operated hostel, and as of January 1st, 2018 we are no longer required to charge a fee to non-members. However, if you have a Hostelling International membership we will give you a 10% discount (applied at check in) if you book directly through us, either through our website or over the phone. You cannot receive a discount if you book through an online travel agency (OTA). Examples of OTAs include Booking.com, Hotels.com and Hostelworld.

What time can I check in?

Check-in time is after 4:00 pm, once housekeeping has finished tidying up the hostel. If you arrive in Philadelphia earlier than that, you are welcome to leave your bags in our luggage storage at the hostel for free and hang around in our lounge, use our kitchen, free internet computers, free iPad station, free wireless internet, free billiards table, shower or just take off and have a look around the city – be sure to grab a free map before you do!

Are there lockers in the dorm rooms?

Yes, we have very secure lockers that are free to use, you just have to have your own padlock. If you don’t have a padlock you can purchase one at the hostel for $6 cash or you can rent one for $3. Our lockers have electrical outlets inside them so that you can charge your electronic devices securely while you’re away. The lockers in our 4 and 6-bed dorm rooms are 18 inches (45.7 cm) wide, by 19 inches (48 cm) deep, by 35 inches (89 cm) in height. They’re large enough to fit rucksacks and carry on size suitcases. The lockers for our 10 and 18-bed dorm rooms are not large enough to fit an entire suitcase or rucksack, they are meant for securing valuables such as passports, money, laptops, cameras as well as any jackets and other clothing that you may feel concerned about. These lockers measure 12 inches (30.5 cm) wide, by 17 inches (43 cm) deep and 35 inches (89 cm) in height.

Where can I park my car?

We recommend the Ritz East parking garage on 2nd Street between Chestnut St and Walnut St. It is open 24 hours and charges $24 per 24 hours. It is less than a 2-minute walk from the hostel. Please email us if you would like other suggestions.

Will there be a bathroom in my dorm room?

Is there a grocery store nearby?

When is check out time?

Check out time is 11 am. If you’re not leaving the city right away you’re welcome to store your bags for free in our luggage storage room until 8 pm. You can continue to use all of our facilities such as lounge, kitchen, dining area, free tea and coffee, free wifi, free billiards table, bathrooms, showers and more until 8 pm.

Can I store my luggage at the hostel when I check out?

Absolutely. We have a storage room where you can leave your luggage for free for the whole day after checking out. You can also use all hostel facilities until you leave later in the day. (You have to pick up your luggage and leave the hostel by 8 pm).

I stink. Do you have laundry facilities?

Yes. We have high efficiency washers and dryers (not crappy coin-operated ones). The cost is $5.00 cash for one load of laundry, and includes detergent and a dryer sheet. Also, you don’t have to pay extra if your clothes are still wet after one cycle in the dryer. Keep drying until your clothes are dry! (Although, one cycle usually does it). 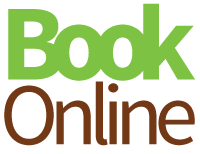 We are located on 33 S Bank St, Philadelphia 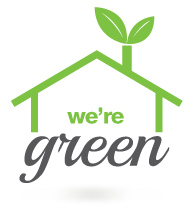 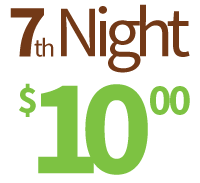 Our Weekly Dorm Special; Reserve 7 nights in a dorm room and the last night is only $10.00! 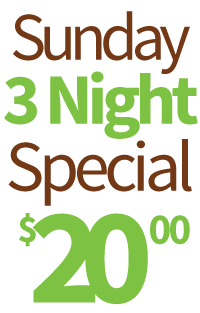 Sunday 3 Night Special; Reserve a bed in a dorm room for 3 nights including any Sunday and your last night is only $20.00!